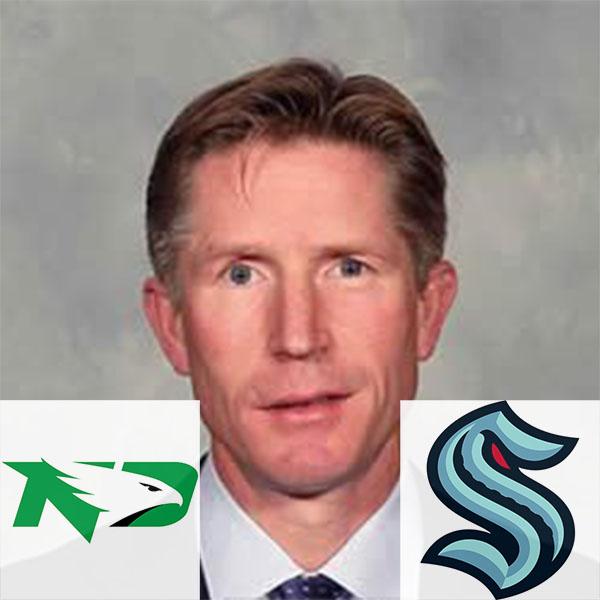 The Seattle Kraken have hired the first head coach in franchise history and it’s a familiar name to North Dakota hockey fans. His name… Dave Hakstol, a former player and head coach for the University of North Dakota.

He played three seasons at UND from 1989-1992, serving as team captain in his final two seasons. In 107 collegiate games he scored 10 goals and racked up 36 assists.

In 2000 Hakstol was hired onto Dean Blais’ coaching staff as an assistant, where he would serve the next four seasons. Once becoming head coach, he helped lead UND to seven NCAA Frozen Four appearances in his 11 seasons. In those 11 seasons he accumulated an overall record of 289-143-43 (.654) and left as the second-winningest coach in program history.

Hakstol was then hired on as head coach of the Philadelphia Flyers in 2015, where he became only the third-ever NCAA college hockey coach to move straight to the NHL as a head coach. He helped lead Philadelphia to the playoffs in his first season (The Flyers missed the postseason the year before). In 2019 Hakstol was hired by the Toronto Maple Leafs as an assistant where he spent the past 2 seasons.