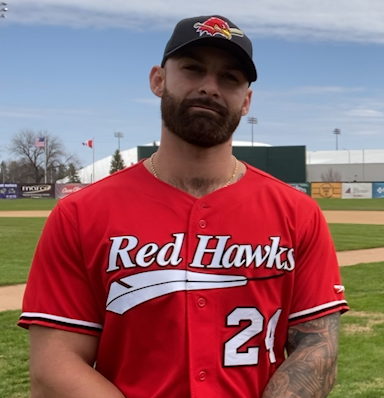 Another week, another weekly award for a Fargo-Moorhead RedHawk. This time John Silviano is the Pointstreak American Association Batter of the Week for the week of August 15, the league announced Monday.

Silviano is in his fourth season in the American Association and his second with the F-M RedHawks. Over the past week he racked up a .379 batting average with three home runs, 10 RBIs, and six runs scored.

Silviano and the RedHawks will return to Newman Outdoor Field on Tuesday, August 23 for a 3-game series against the Gary SouthShore Railcats, beginning with first pitch at 7:02 p.m.