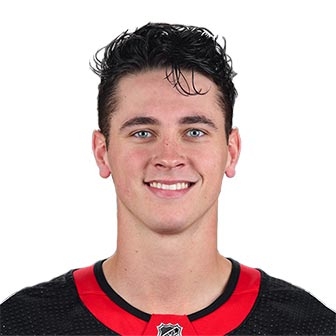 Former University of North Dakota men’s hockey star and current Ottawa Senator, Shane Pinto has been named the NHL’s Rookie of the Month for October.

The Ottawa center led all rookies with six goals in right games, along with picking up an assist for seven total points. Pinto also led the NHL with a 42.9 shooting percentage, scoring on six of his 14 shots on goal.

Pinto set a Senators franchise rookie record for consecutive games with a goal, when he scored in five straight games from Oct. 15-24 (5-1-6). His five game goal streak was the longest by a rookie in the NHL since eventual Calder Memorial Trophy winner Kirill Kaprizov did so for Minnesota from April 17-24, 2021 (6-0-6).

The Senators will host the Vegas Golden Knights on Thursday, Nov. 3 at 6 p.m.