Lots of weather! What's Happening Out There and What is To Come Here? 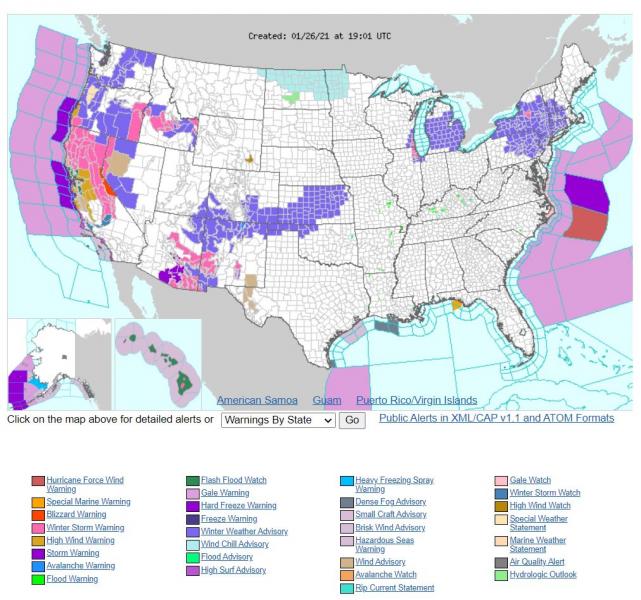 There is a lot of weather going on across the United States as one large system moves out into the northeast, and another moves in off the west coast, with a smaller system in between them.

The United States is currently painted with warnings and advisories with a lot of weather happening over the last day and today. Historic snowfall through the Central Great Plains, a devastating tornado in Alabama, flooding in the central Eastern United States, and frigid temperatures in the north. Currently, gale and storm warnings are issued on the coasts for rough seas with tropical-storm forced, and near hurricane-force winds. Winter storm warnings, and advisories issued across much of the western United States, Central Great Plains, and into the northeast; Even Hawaii has been issued a winter storm warning for the higher elevation on the largest island, with flash flood watches issued for the rest of the islands. As we look at Frigid wind chills in North Dakota and Minnesota, Arizona looks at winter storm and freeze warnings. What on earth is going on!?! Snow in Hawaii, snow, and freezing temperatures in Arizona... What's going on!!!

With upper-level waves progressively moving, we see these large dips or troughs in the jet stream. These troughs are generally upper-level support for low-pressure systems i.e (storms). We currently have a trough dipping all the way down into the Desert South West allowing colder air to spill down into the region, explaining the cold temperatures into Arizona. Off the west coast of the United States, we have another wave/Low-pressure system moving. This one creating some issues for the west coast. Some of the mountains in California could see over 100 inches of snow! That's over 8 feet of snow... however not unheard of, it is still impressive.

We remain in a wind chill advisory until noon on Wednesday (1/27/2021) for wind chills as low as -40, good news is that we are slowly warming back to normal.

Tonight... partly to mostly cloudy with temps between -10 and -15. Single-digit highs around 5 on Wednesday with mostly cloudy skies. Then Teens into Thursday and 20's on Friday.

Some of you may be wondering and saying, "where's our snow?"

We have been in quite the "snow drought" as most of the winter storms have pushed to our south. However, the next Low-pressure system moving in from the Pacific brings a chance of snow to the Northern Great Plains Saturday into Sunday. One of the latest computer models (American GFS) shows the path of our incoming storm tracking through the Central Great Plains and giving us a shot at some snow. Snow totals and the exact path of this next storm still how low certainty and can significantly change... especially since it has yet to come on land. So remember to check back in with us here and on 1100AM WZFG The Flag, and 970AM/93.1FM WDAY News/Talk Radio for the latest. 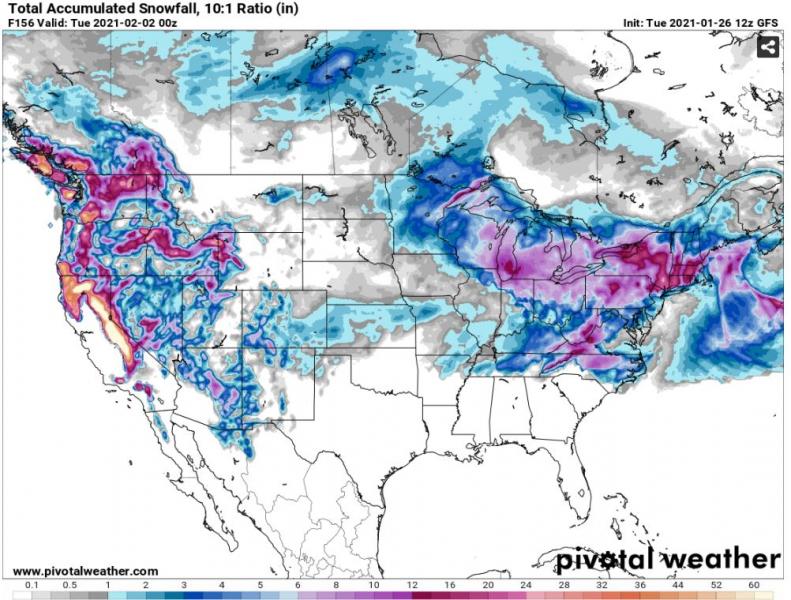