Chilly Start To The Week & Snow? Warmth Builds By The End Of The Week! 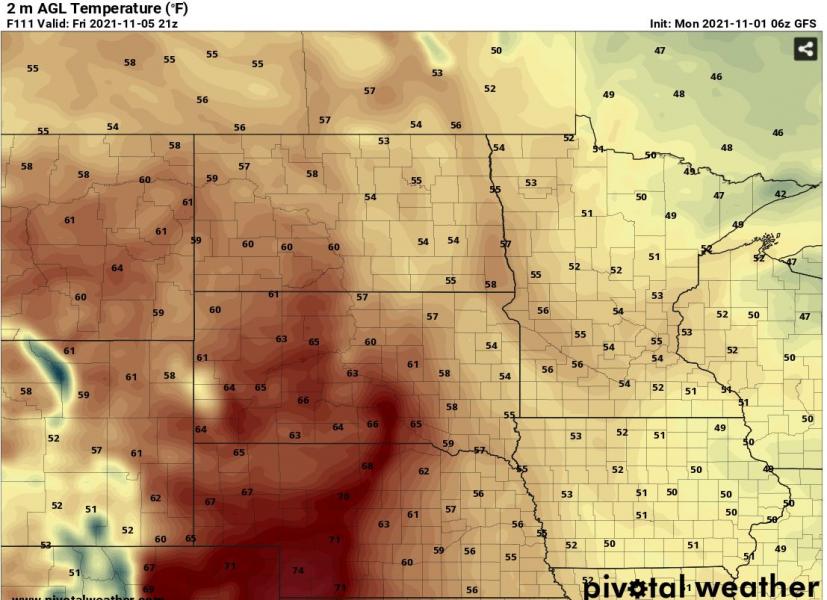 It is a chilly start to the week with high temperatures stuck in the upper 30's to low 40's with mostly cloudy skies. We will see slightly breezy conditions today but less wind mid-week. A breeze between 10-25 returns towards the end of the week but with it comes sunshine and much warmer temperatures!

We will have cloudy conditions with winds from the NW during the day between 10-20 mph. We can't rule out an isolated light rain shower and or snow flurry throughout the day. Even though surface temperatures are above freezing today, it is cold enough aloft to see some light snow flurries/snow pellets or even a combination of the two. Tonight the winds will start to lighten up around 5-10 mph with a mixture of cloudy and partly cloudy skies. Temperatures will drop into the  20's with again a slight chance for an isolated flurry.

Much the same for Tuesday will have increasing clouds through the day, giving us mostly cloudy skies and a high in the upper 30's near 39. There will be a couple of light isolated rain or snow showers throughout Tuesday, but primarily out to the east in Minnesota. Winds will remain light between 5-10 mph and stretch into Thursday, with highs slowly climbing into the mid 40's and mostly sunny to partly cloudy skies on Wednesday and Thursday.

Seasonably warm temperatures will build on Friday and the weekend at the end of the week, with highs back into the 50! We will have plenty of sunshine with partly cloudy conditions and winds between 10-25 mph.