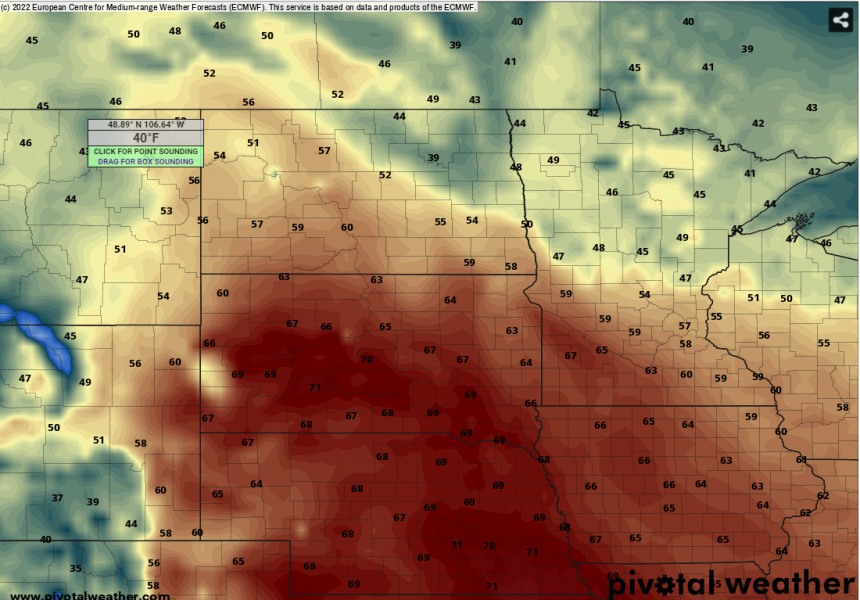 Its been a lovely last couple of days with above average temperatures, and that will continue as we head into the upcoming weekend!

Tonight I'm expecting some patchy dense fog across the area into Friday morning. Temperatures will dip into the mid 20's tonight with mostly cloudy to partly cloudy skies and light winds. Fog will burn off through Friday morning, leading to another partly cloudy day with highs in the mid 40's and south winds 5-15 mph. There could be a little more patchy fog Friday night. The upcoming weekend looks very nice, near 50 to low 50's on Saturday with partly cloudy skies and south winds 5-15 mph gusting up to 20 mph. More cloud cover on Sunday and breezy but highs still reaching into the low and mid 50 degrees!

As for next week, spring warmth continues with a high near 50 on Monday, then 30's and 40's will continue through the rest of the week. A storm system will ride our way Monday into Tuesday, bringing a chance for rain later in the day Monday and Tuesday which could turn over to snow overnight. We are keeping an eye on this storm system, but it looks like most of this will track just south. There is then another potential system towards the end of the week, which could also bring some mix Precip.

According to the LRC, we should expect two more storm systems for the rest of March after this week. One near the 27th, and another near the 31st. These systems are showing up on our long-range computer models and could bring more snow, but it's too far away to draw any definitive outcome.