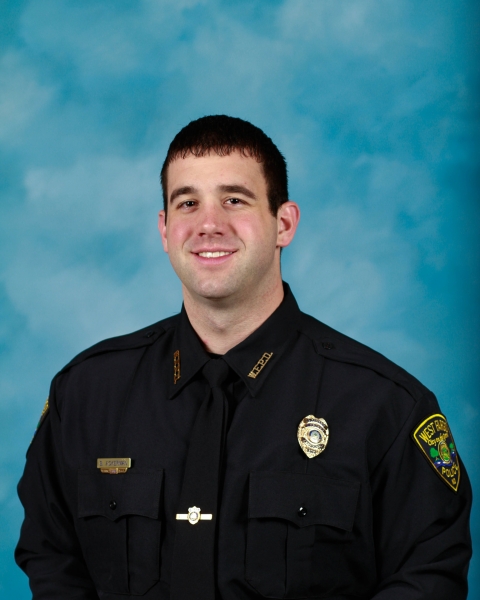 Ackerman, of Montevideo, MN graduated high school there in 2009. He attended the University of Sioux Falls, SD on an athletic scholarship from 2009 to 2013 and finished his criminal justice bachelor’s degree from North Dakota State University in 2013. He attended Alexandria Technical College’s police skills training program during the summer of 2014. Ackerman worked for Solutions Behavioral Healthcare from 2011 to 2014 and Yellow Medicine Jail in Minnesota in 2014 prior to being hired by West Fargo in April 2015 as a Patrol Officer.

In addition to his patrol duties, Ackerman is on the bike patrol, a defensive tactics instructor, a TASER instructor and the K9 Decoy. He also is featured in the “Brock’s Bits” series for the social media team.

He was awarded the Commendable Service Award in 2016 and Employee of the Quarter for the 3rd quarter in 2018.