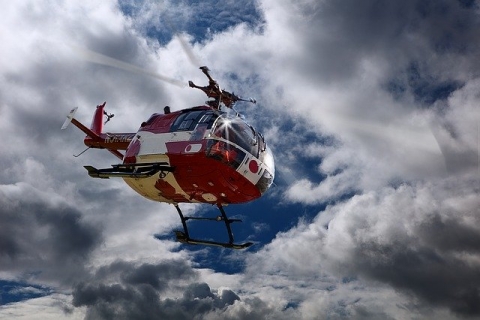 “The complete disregard for North Dakota law displayed through the business practices of AirMedCare Network will not be tolerated,” Godfread said. “Since this issue has come to my attention, I have given them every opportunity to correct this malpractice. They have been informed that they are breaking the law and yet they’ve responded by essentially stating that North Dakota law isn’t valid. AirMedCare Network has left us with no other choice but to take action against them.”

North Dakota has taken a proactive step in banning the sale of these subscription plans because they have been shown to be predatory and counterintuitive to health insurance. As it stands in North Dakota, only one of AirMedCare’s four providers and only one of the nine providers that operate in North Dakota is affiliated with AirMedCare. Also, Guardian Flight is currently in-network with North Dakota’s largest health insurance company, Blue Cross Blue Shield of North Dakota (BCBSND). Which means if you have insurance through BCBSND, a subscription is worthless. Because these plans offer limited to no value, the North Dakota Legislature took the proactive step of banning the sale of these subscriptions in 2017. AirMedCare is aware of North Dakota law and has willfully disregarded the actions taken by the Legislature.

A federal judge issued a split decision regarding SB 2231 in January 2019 invalidating the portion of the law that protects North Dakotans from receiving balance bills from air ambulances. However, the provision prohibiting the sale of air ambulance subscriptions remains valid and enforceable by law.

“North Dakota has enacted laws and regulations in an attempt to provide transparency and protection to our consumers despite the challenges we have faced and continue to face,” Godfread said. “I will continue to fight to protect North Dakotans from bad actors who mean to prey on people when they are at their most vulnerable. We remain, however, at a crucial point where the only solution outside of being tied up in lawsuits for years is action by Congress. In the meantime, we must remind ourselves who is suffering at the hands of these companies breaking North Dakota law.