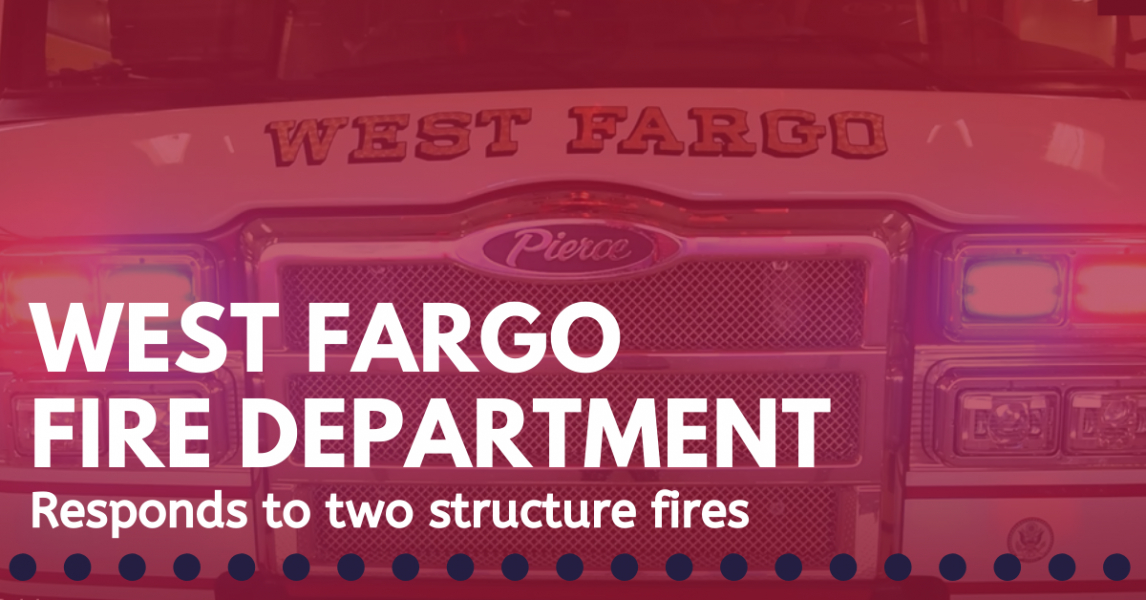 The first call was in the 100 block of C Street. Upon arrival, West Fargo officers saw smoke coming from a two stall, unattached garage. West Fargo Officers did locate one person in the house and moved them to safety. A second West Fargo police officer heard a male’s voice coming from inside the burning garage. As officers made contact the person inside threatened to shoot officers if they entered. The officers feared the male would not survive the fire and made entry to save the man. The male was transported to a local hospital for treatment. Two West Fargo officers were checked at the scene for smoke inhalation, a third officer was treated at a local hospital for smoke inhalation and released.

The second structure fire was at Parkwest Gardens. Upon arrival, first responders saw heavy smoke coming from the kitchen area of the apartment. Firefighters extinguished the fire. Due to the heavy smoke in the home, the family living in that apartment was displaced and is getting help from the American Red Cross. The rest of the residents in the apartment complex were able to return to their homes.

No more information will be available at this time