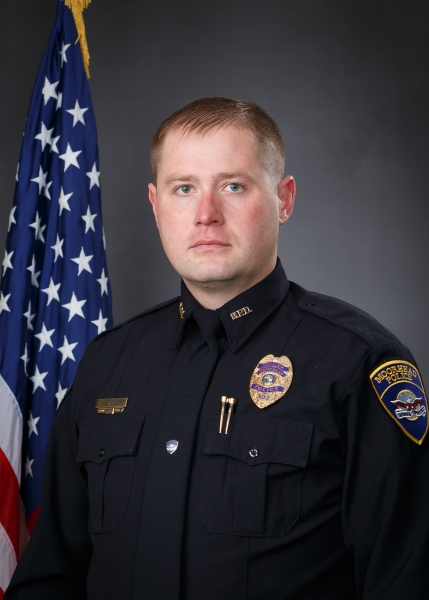 "The Moorhead Police Department is honored to nominate Detective Seth Saarinen.  Detective Saarinen began his law enforcement career with the Moorhead Police Department in February 2005.  For nearly eight years, working as a patrol officer, he held assignments as a bicycle patrol officer, Force on Force Instructor, and Drug Recognition Expert.  He was then selected as a Detective in January 2013. In his role as a detective, he primarily works cases of crimes against children.  Detective Saarinen is a very hard worker with a very demanding caseload. He works tirelessly to get justice for child victims and ensure their future safety from some unimaginable crimes.   Detective Saarinen is a senior detective with several years of experience and is often sought on the most significant cases for his expert knowledge.

"While assigned to investigations, Detective Saarinen will often volunteer to work patrol shifts when they are short-staffed. Sometimes it’s a weekend, and sometimes it’s been in the evening, after his regular shift. He has earned the respect of his partners for his collaborative mindset.  After hours, he is also available to answer any phone calls from our staff regarding a juvenile issue, even if he was not the on-call investigator.

"Detective Saarinen frequently collaborates with Clay County Social Services, the Children’s Advocacy Center, and area law enforcement. He presents several times a year to various community groups and assists in internal programs such as our Summer Youth Program and Citizen Police Academy.  In his personal time, Seth enjoys spending time in the outdoors hunting and fishing.  He lives in Moorhead with his wife, Heidi, and two children, Rafe (11) and Taya (3).  Detective Saarinen is a great team member and an invaluable asset to the Moorhead Police Department and the entire F-M community. " Capitan Deric Swenson, Moorhead Police Department