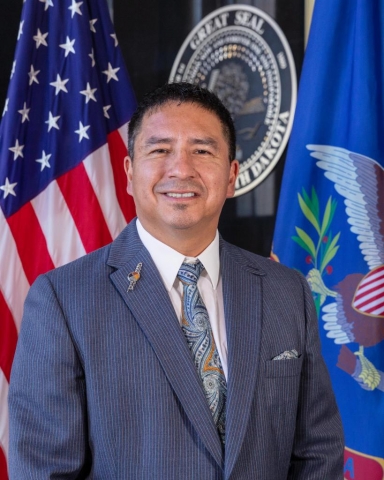 North Dakota's Indian Affairs Commission Executive Director, Scott Davis, has been placed on administrative leave with pay, according to Governor Doug Burgum. The Governor made the announcement earlier this evening.

Davis is under investigation for allegations of misconduct.

In a statement, Burgum said the state takes allegations of misconduct "very seriously," saying the state is committeed to a "safe and equitable workplace environment for all team members."

No additional details have been released.

Fargo Public Schools to work towards in-person instruction
2 hours 20 min ago
Moorhead Police identify man in suspicious death case
2 hours 51 min ago
The folks at Fix it Forward Auto Care are giving away their 250th car!
4 hours 47 min ago
Lt. Gov. Sanford clears the air. New guidelines are not a mandate or a misdemeanor.
4 hours 54 min ago
Who has the better tax plan, Trump or Biden?
5 hours 4 min ago
Michelle Fischbach: Don't believe everything you see on tv, there is a lot of garbage out there right now...
5 hours 14 min ago
Going on a hunting trip soon? Dr. Zimmerman tells us why getting an alignment may make things much easier...
5 hours 29 min ago
Sprinkler system extinguishes Fargo structure fire
October 18, 2020 - 11:59am
West Fargo Public Schools to remain in hybrid model
October 18, 2020 - 11:35am
Moorhead Police investigating suspicious death
October 18, 2020 - 11:02am