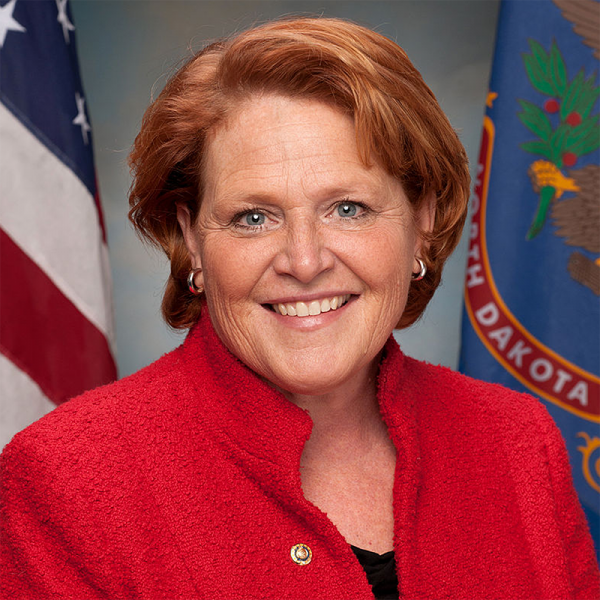 U.S. Senator Heidi Heitkamp today released the latest episode of her podcast, ‘The Hotdish,’ in which she was interviewed by former U.S. Senator Kent Conrad. This episode is Heitkamp’s seventeenth and final podcast as a U.S. senator.

In this episode, the tables were turned and Conrad interviews Heitkamp about her time serving the people of North Dakota, her legislative accomplishments and legacy, and the future of bipartisanship.

Conrad served North Dakota in the U.S. Senate from 1987 to 2013, where he twice served as Chairman of the Senate Budget Committee. Prior to his time in the U.S. Senate, Conrad served as Tax Commissioner of North Dakota. Heitkamp followed Conrad as Tax Commissioner in 1986, and she succeeded him as a United States Senator in 2013 following his retirement.

“When I began my career in public service, I wanted to follow in the footsteps of North Dakota leaders who had demonstrated a commitment to getting things done for our state, no matter how tough the task may have seemed— and one of those elected officials was Kent Conrad. Over the years, Senator Conrad has been an invaluable political mentor, confidant, and friend, and I’m honored to have him join me on this episode of ‘The Hotdish,' to talk about the importance of public service and the need to work with those on both sides of the aisle to get results— which is particularly important during these divisive times,” said Heitkamp. “During my time in the U.S. Senate, I’ve tried to see the world through the eyes of those I am here to serve— working families, Native youth, those with chronic health conditions, retirees, and many more. And I decided from the get-go that I wouldn’t be afraid to roll up my sleeves and help address the challenges they face every day. This podcast has been an insightful way of diving deeper into issues affecting North Dakotans, and I hope listeners have benefited from my conversations with experts, reporters, and fellow lawmakers on topics ranging from human trafficking to affordable health care. These are the issues that have motivated me, and I’m not done fighting for the people of North Dakota, especially the children I meet across our state. As I discuss with Senator Conrad, they are our future leaders— and I’m determined to help make their futures stronger, healthier, and safer.”