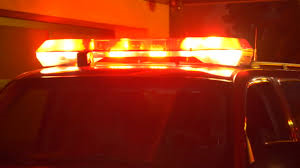 (Grand Forks, ND) -- A Langdon man is fighting for his life after hitting a BNSF train Friday morning in Grand Forks.

The North Dakota State Highway Patrol says that The Ram pickup was being driven south on 17th Street NE, approaching the intersection with 17th Avenue NE and a rail crossing situated just to the north of the intersection. As the Ram crossed the rails, the left side of the Ram was struck by the front of a westbound BNSF train.This caused the Ram to break apart and overturn.

The driver was transported to Altru Hospital by ambulance with life-threatening injuries. The rail crossing is marked with crossbucks and a yield sign.

The BNSF train consisted of one locomotive and eighty-five empty hopper cars. The locomotive was moderately damaged. No train crew members were injured.

The crash remains under investigation by the Highway Patrol.