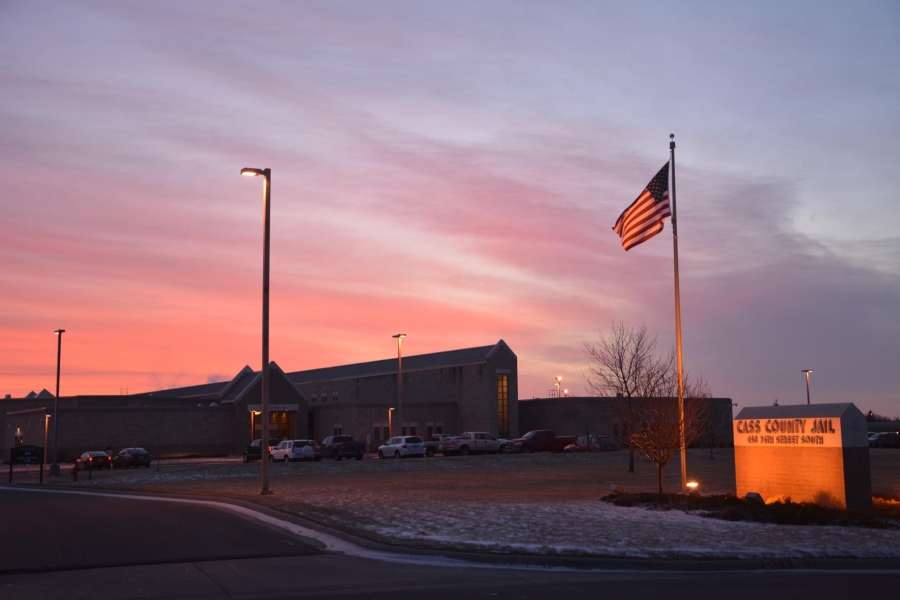 (Fargo, ND) -- Despite a current addition already in motion at the Cass County Jail, Sheriff Jesse Jahner says he's already looking into plans for another expansion.

"Were adding an intake area onto the jail, but that doesn't really add a bunch of additional cells to it," said Jahner while speaking with WDAY Midday. "An average of only nine to ten cells are being added with that addition, but it's more focused on managing intoxication, inmates with suicidal ideations, mental health issues, people who can't be double-booked and for officers to be able to get people booked and get back on the streets quicker."

The issues, according to Sheriff Jahner, is that the population of the jail is increasing at an alarming rate. That includes, according to the Sheriff, the female population. Jahner says that presents a new challenge because women and men cannot be placed in the same area inside the jail.

Jahner says trends are pointing to the jail being out of room very soon, which is why he started the process of looking into costs and feasibility of expanding housing in the coming years.

"We've been researching over last year adding a actual housing pod to the jail for more capacity, and the County Commission has been very well-receptive of that as I brought forth my concerns," said Jahner. "It definitely looks like we're going to need to expand to keep up with that growing population in our area."

Jahner says after the jail was initially built in 2002, there was a housing addition added in 2012. He does say though that with the population boom of just the past decade, in order to balance more people in the area, changes need to be made. It is not clear yet how big or how long it will take to get another approved or added to the jail.