Fargo parents to take a stand on school board pledge stance 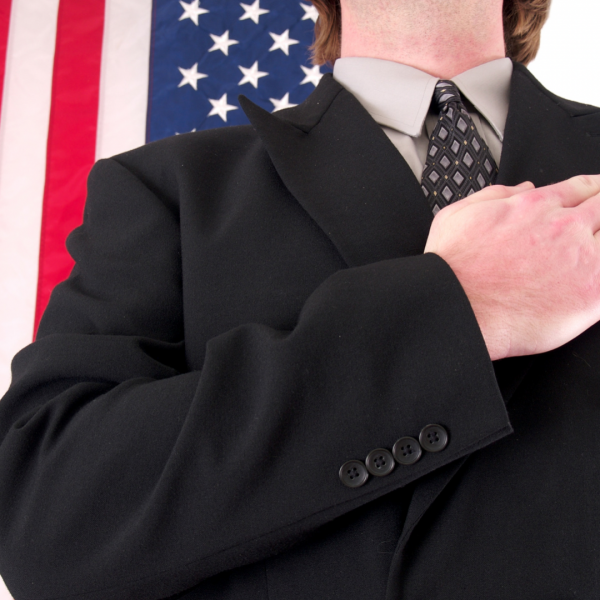 (Fargo, ND) -- It appears that a group of Fargo parents are ready to literally take a stand against the Fargo School Board for its recent decision to remove the Pledge of Allegiance from their meeting agenda.

WDAY Radio has learned that a sizable group of parents, led by former school board candidate Deven Styczynski, will open public comments during the next school board meeting reciting the pledge in its entirety.

"The Pledge of Allegiance means many things to many different people," said Stycznski in exclusive comments made to WDAY Radio. "To me, it is an affirmation of the future I want my daughter to grow up in. That for all its fractures caused by those who despise it, we are one nation, united and strong."

The move comes as retaliation after the school board voted 7-2 at their August 9th meeting to nix the pledge from their normally scheduled agenda, just months after it was voted on to be put in to that same agenda.

"When I was a kid the local radio stations would do a morning call in before the school day and they would ask kids to call in and recite the Pledge of Allegiance," said Stycznski. "It was an honor to recite the pledge and have so many hear how much you loved and respected our nation."

Board member Seth Holden led the charge to get the pledge removed from meetings, citing certain terms that didn't line up with the district's "equity and inclusion" policies, including the terms 'under god' not referring to all or no gods that are worshiped among those who attend or are staffed by Fargo Schools. Holden, who also serves as the board's Vice President, took issue with the term 'liberty and justice for all', noting racial inequalities that deem the words, according to him, as simply untrue.

A handful of parents spoke out during the open discussion portion of the meeting, voicing their displeasure with the pending decision to remove the pledge. Many citing the sacrifice of the military, and expression of freedom being their reasoning to keeping the pledge in the agenda. With that, the father and former school board candidate has issued an invitation to all who'd like to stand with him and several others for their reciting of the pledge.

"I invite Fargo Public School District residents to come to the school board meetings and recite the pledge with me loud and proud," said Stycznski. "Let us show the nation we are not the laughing stock our school board has made us out to be."

The next school board meeting is set for Tuesday, August 23rd at the district offices at 700 7th street south. We have reached out to board member Seth Holden for further comment on this, and are waiting to hear back.