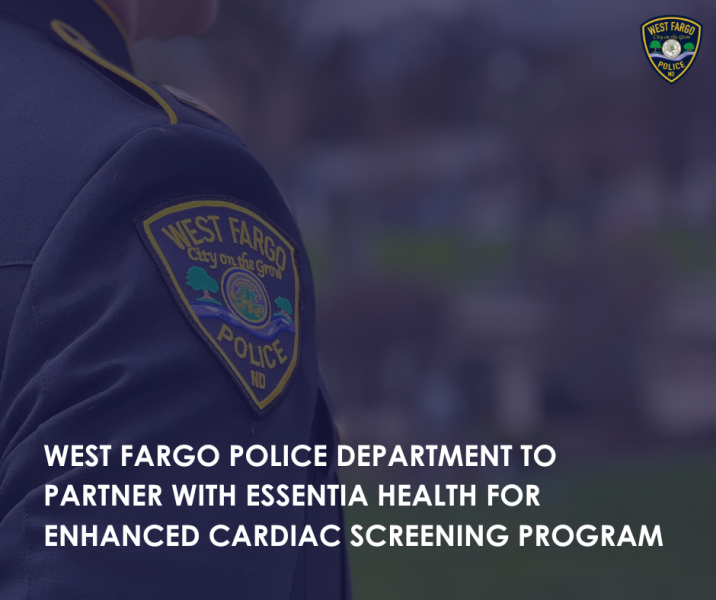 Photo by: City of West Fargo

The program is a part of the department’s officer wellness program designed to identify those most at risk of a cardiac event and prevent it from occurring in the future.The West Fargo Fire Department will also implement this program for all firefighters.

“Our department has experienced several tragic cardiac events with our own officers over the past few years,” said West Fargo Police Chief Denis Otterness in a statement released to WDAY Radio. “This program is designed to help prevent these tragedies and ensure our officers’ overall wellness remains a top priority.”

According to the American Heart Association, the average age of a police officer who suffers a heart attack is 49-years-old, compared to 67 for the public. Police officers are at a higher risk of sudden cardiac death during stressful job duties, such as pursuits and physical altercations.

“Cardiac fatalities represent nearly 50% of on-duty deaths in firefighters,” said West Fargo Fire Chief Dan Fuller. “This screening will protect our firefighters as they continue to serve the residents of West Fargo in times of emergency.”

This screening is mandatory for all sworn police officers and firefighters. The West Fargo Police and Fire Departments do cover the costs the screening.