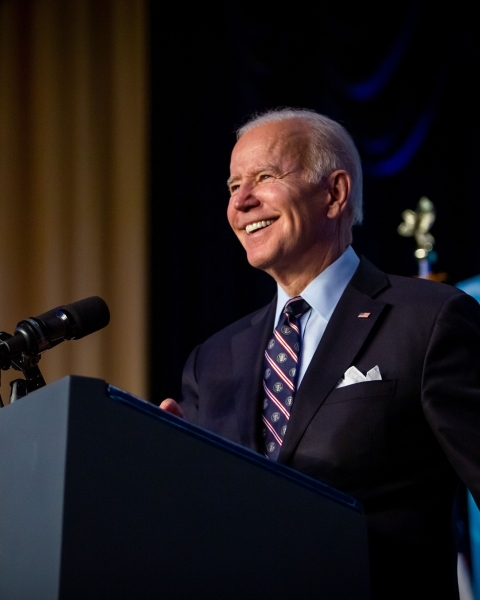 (Washington, D.C.) -- Leaders from both the North Dakota minority party and The White House gathered Friday for a Building A Better America event.

In her remarks, Heckaman talked about the focuses the North Dakota Legislature had when appropriating the American Rescue Plan Act, or ARPA, funds. Among the areas focused on during the session was childcare.

Heckaman says the state's childcare providers have been happy with the additional funding and child care assistance available through the ARPA funds. She says the outlook, at one time, looked grim for childcare and how it relates to the working class citizens.

"It basically got to the point where they couldn't go to their place of employment," Heckaman said. "Whether it was a career field or a blue-collar job, because they couldn't afford childcare."

"I think we, in North Dakota, join President Biden in the fact that, if you don't have adequate childcare, one leg of your economy stool is falling," Heckaman said.

Watne says much was learned during the COVID-19 pandemic.

"We learned, during the COVID pandemic, that consolidation also threatens the resilience of our supply chains," he said. "This change has also impacted consumers directly."

In his remarks, Watne also expressed the importance of the passage of the infrastructure bill.

"This investment, in infrastructure, is going to keep us on the front, and be able to get the products out in a much more efficient way, which will keep the markets open to us across the world," he said.

Boschee talked about the success of the Legislature. He says North Dakota has invested over three billion dollars from the American Rescue Plan and infrastructure bill. He explains where these dollars were invested

"These are dollars that are helping us offset other costs, as we see increases throughout rural America, specifically in rural North Dakota," he said.

Boschee says the Legislature's funding appropriated directly to the cities were given to make decisions based on what the communities needed.

Following the remarks of the state officials, a discussion was held to talk about the issues that citizens in the state were facing.