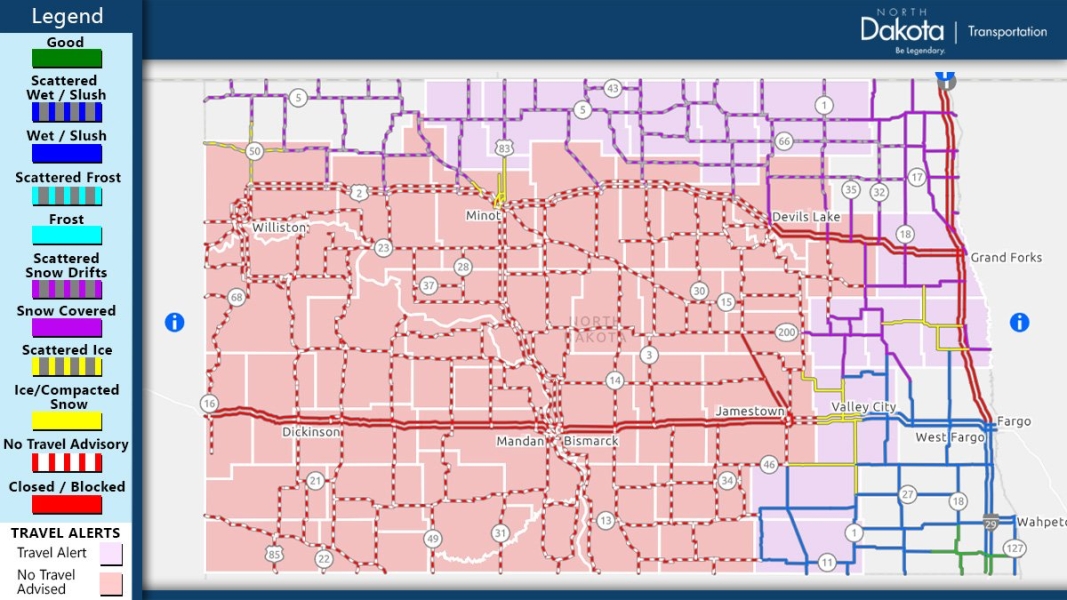 I-29 from Fargo to the Canadian border has re-opened, while I-94 from Billings, Montana to Jamestown remains closed. U.S. Highway closures include U.S. 52 from Jamestown to Carrington and U.S. 2 from Devils Lake to Grand Forks. North Dakota Highway 20 is also closed from Fort Totten to Devils Lake.

The Department of Transportation is warning people against routing through secondary roads that may drift shut. No word on when roads will reopen.

Snow and wind are expected to continue to hammer the state through Thursday. Northerly winds are gusting as high as 50 miles per hour.  Accumulations of between one and two feet are expected in much of the state, with some isolated areas in central and western North Dakota exceeding two feet of snow.