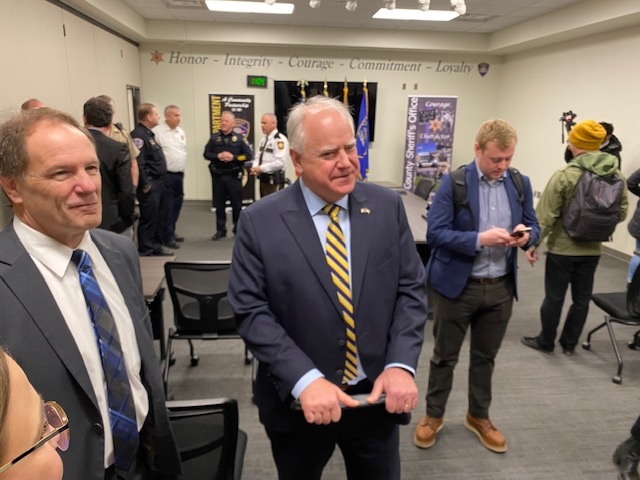 (Fargo, ND) -- Minnesota Governor Tim Walz says he's looking forward to focusing more on his re-election campaign once the legislative session comes to an end. He says so far his bid for a second term is well-received.

"I think the reception is good. I was asked to deal with some of the most challenging issues that have faced our state, maybe in our state's history, and I think by all indicators, wether it's being one of the nation's lowest death rates from Covid, third highest job creation rate, we have historic surpluses, and at the same time I've never raised a single tax in my time in office," said Walz, during an exclusive interview with WDAY News First.

The latest poll from KSTP in Minneapolis shows Walz leading potential republican nominee Dr. Scott Jensen 44 percent to 39 percent. Four percent favor a candidate from another party, and 12 percent are undecided. Walz points to his response to Covid-19 as among the accomplishments of his current term. Republican challengers criticize Walz for record breaking crime rates in the state.