Walz, Jensen speak as campaign heats up in race for Minnesota Governor 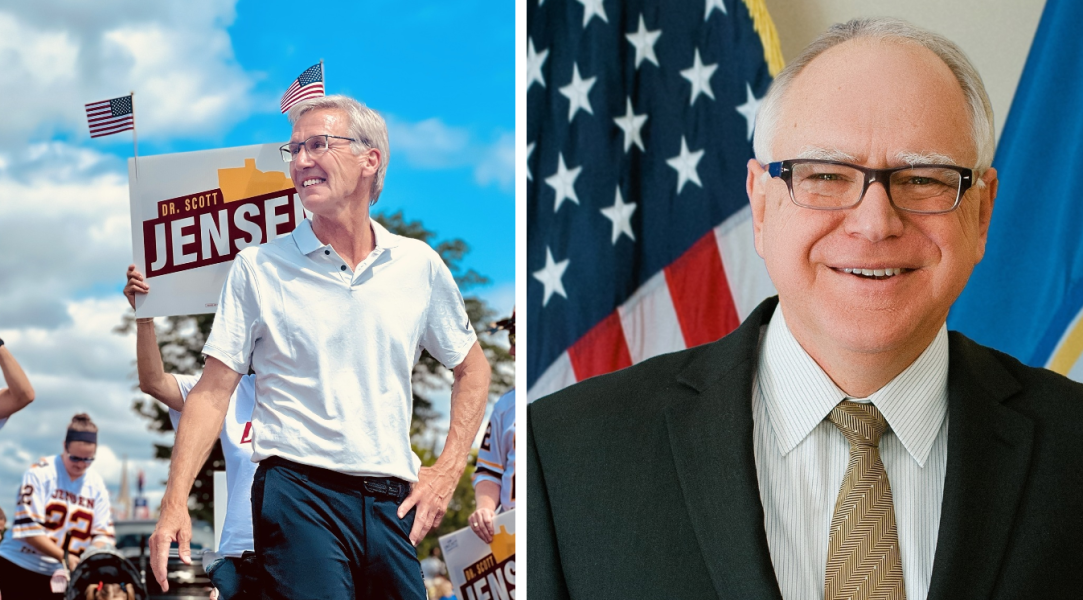 (Falcon Heights, MN) -- Minnesota's governor is putting his best spin on just how much learning kids in the state's public schools missed over the past two years.

Governor Tim Walz said 80 percent of kids missed just 10 days of in-person classes because of the coronavirus. He said Republicans are taking his school closures 'out of context.' The governor, however, said he was only talking about last school year, and not the 2020 school year. He also isn't counting online classes as closing schools.

His Republican opponent says the lack of in-person learning time led to a dramatic drop in test scores for Minnesota kids.

Speaking of Walz's opponent, Dr. Scott Jensen says abortion shouldn't be the focus of political debate in Minnesota this fall.

The Republican said Tuesday that inflation, crime, education, and larger government are the main issues that matter to voters. He says he is against abortion, but supports exceptions for rape, incest, and when the life of the mother is in danger or for the woman's mental health.

Jensen says past comments that are being pointed out in TV ads by political group Alliance for a Better Minnesota were "clumsy."