Two Hockey Programs Are Searching For Their First National Championship 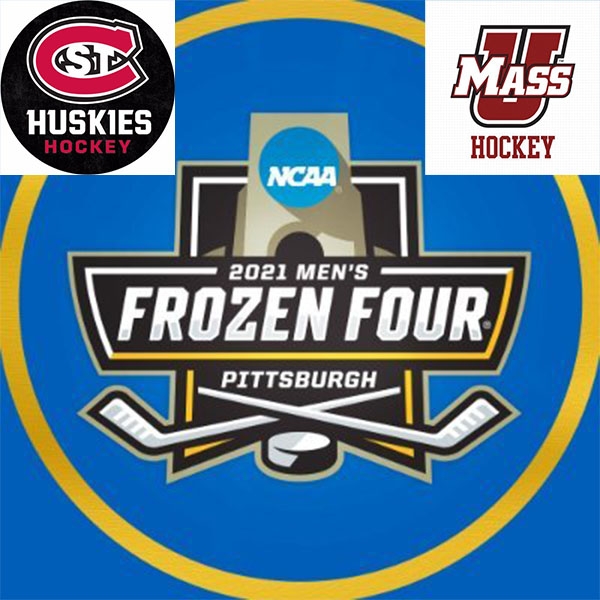 The stage is set and tomorrow evening at PPG Paints Arena we will have a new national champion in men’s college hockey. Regardless of who wins they will be a first time champion. As for the St. Cloud State Huskies, they are making their first title game appearance in school history. The Massachusetts Minutemen are appearing in their second title game in school history.

The St. Cloud State Huskies are a National Collegiate Hockey Conference (NCHC) rival of the University of North Dakota Fighting Hawks. The Huskies are battle tested for what the national championship game will bring as they’ve battled schools that include North Dakota, Minnesota Duluth, and Omaha in conference play (All three of those schools also made the national tournament).

St. Cloud State needed some Frozen Four magic to defeat Minnesota State Mankato Mavericks in the national semi finals. The Huskies had a 2-1 lead after the first period, but found themselves trailing midway through the third period 4-3. After that midway point in the period with 9:46 remaining in regulation Joe Molenaar scored the game-tying goal. Late in the period with 0:55 seconds to go in regulation the magic came out as Nolan Walker scored the game winning goal off a deflection, putting the final nail in the coffin of Mankato’s historic season.

The Massachusetts Minutemen were able to get their revenge on Thursday evening avenging their 2019 National Championship loss to Minnesota Duluth in the semi finals. In order to defeat the 2 time reigning National Champions, Massachusetts would need some luck and an extra period. The Bulldogs held a 2-1 lead midway through the second period until there was 11:35 remaining in the third period when Anthony Del gaizo put the game-tying goal in the back of the net knotting the game up at 2-2. They would remain in a 2-2 stalemate until there was 5:30 to go in the first sudden death overtime period when Garrett Wait scored the game winning goal. The Minutemen stunned the Bulldogs 3-2 and will now be playing in their second straight title game.

The National Championship game will take place at the home of the Pittsburgh Penguins PPG Paints Arena tomorrow with puck drop set for 6 p.m.