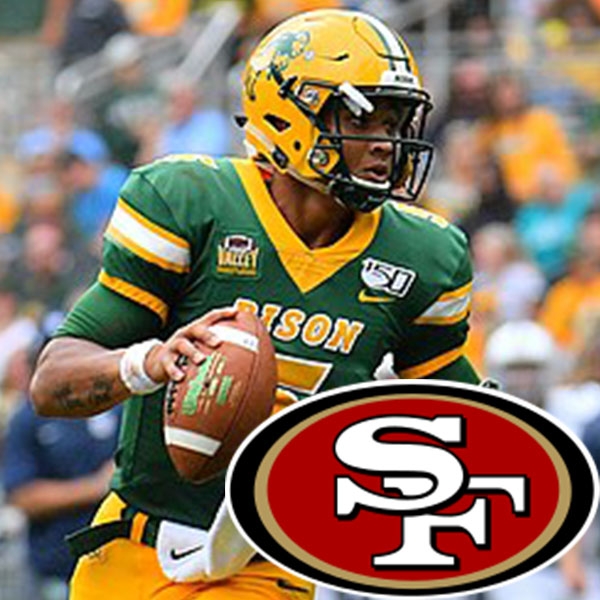 Lance has now been the third NDSU quarterback to be drafted in the last five years, including the second top three pick. With the third overall pick in the 2021 NFL Draft the San Francisco 49ers selected Trey Lance. The former Bison claimed he was as surprised and anyone saying, “I really had no idea until I got the call, honestly. I’m super thankful the way it worked out. There’s no place I’d rather be.”

From the time San Francisco traded up to the third overall pick on March 26 head coach Kyle Shanahan said that Trey Lance was their guy. One full college season was enough to convince Shanahan that Lance was the man for the bay area. In 19 career collegiate games Lance completed 208 of 318 pass attempts for 2,947 yards and 30 passing touchdowns. He also carried the ball 192 times for 1,325 yards and 18 rushing touchdowns.

Lance is the third consecutive Bison quarterback to be drafted in the NFL. He is following in the footsteps of Carson Wentz who was drafted second overall by the Philadelphia Eagles in 2016, and Easton Stick who was a fifth round draft pick of the Los Angeles Chargers in 2019. Lance learned a lot from the former NDSU QB’s saying, “ They were two of my biggest  mentors going through this process, even going back to the decision to come out.”

It’s unclear as to whether Lance will immediately play for the 49ers, but they still do have QB Jimmy Garoppolo who is the starting QB for the time being.