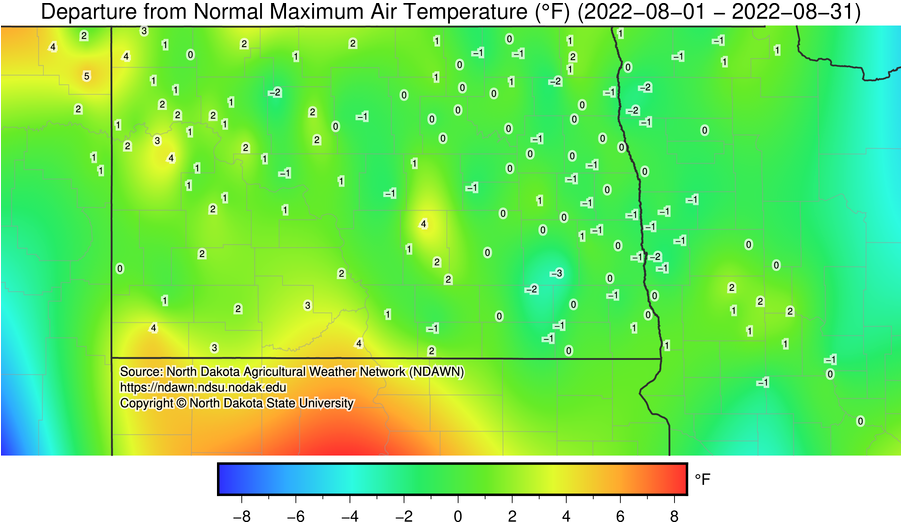 While some saw above average rainfall for the month of August, many fell short as several systems passed north and south of North Dakota and favored more into Minnesota. Portions of northeastern North Dakota, and most of Minnesota saw the higher amounts of rainfall with locations seeing over 150% average rainfall. Fargo's NDAWN Weather station reported 2.66" of rainfall, slightly above average, while the Airport had .16" below average. Just to the east across the river amounts over 4" were reported! See Imagines 5, 6, and 7 for reported rainfall, departure from average, and percentage of average below.