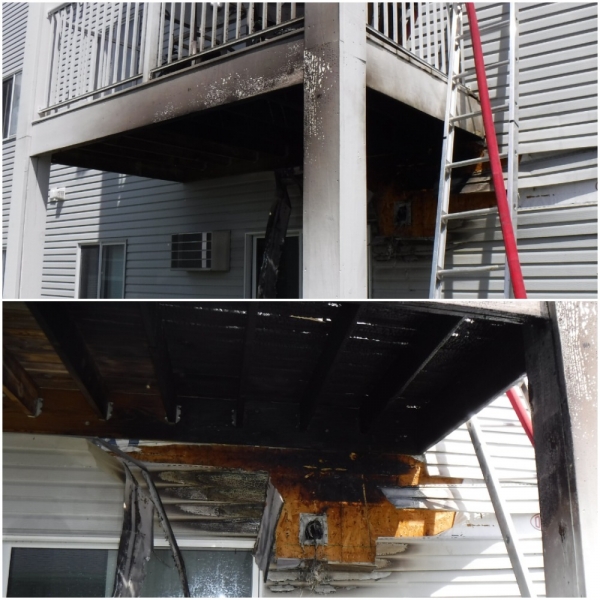 At 11:45 a.m., Sunday, June 14, the West Fargo Fire Department responded to a call of a fire on a deck at 2938 7th St W. Upon arrival, firefighters found three different fires on three different decks. The fires were all extinguished immediately.

In talking with a resident in the apartment complex, they stated they recently were outside smoking and thought the cigarette was put out in a container on the deck. The fire crew on scene determined the probable cause was cigarette not being put out in a proper manner or into a proper container and with the high winds today, it made the fire transfer to other locations.

The three decks received damage to the deck boards and supports. These fires are still under investigation by the fire marshal. No further information will be released.