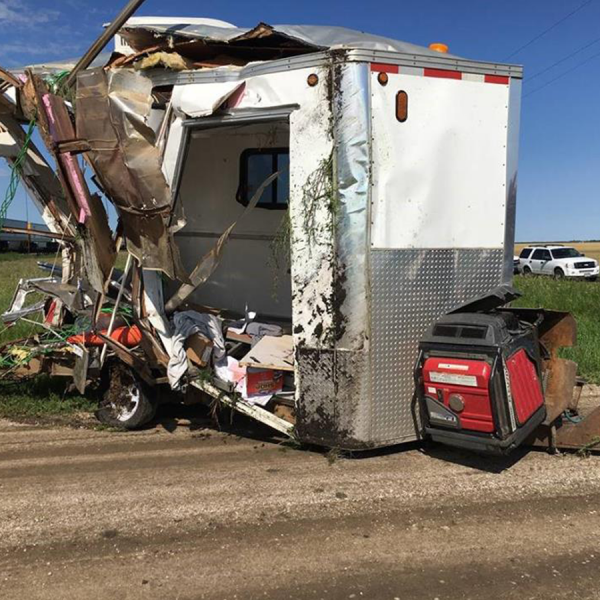 Sgt. Tim Briggeman of the Cass County Sheriff’s Office tells AM 1100 The Flag WZFG News that no injuries were sustained in this morning’s crash involving a train and a pickup.

Briggeman says the crash was reported to Cass County authorities at approximately 8:45 a.m. this morning.

The Cass County Sheriff’s Office, along with the Casselton Fire Department and rural EMS responded to the call, which occurred near a rural railroad crossing.

The initial investigation determined a west bound BNSF train struck the trailer being towed by a north bound passenger vehicle at a rural railroad crossing two miles east of Casselton. The 49 year-old driver of the passenger vehicle was issued a citation for care required.

Briggeman says that the sheriff’s office wants to remind drivers to use extreme caution when approaching rural railroad crossings, especially ones with no crossing arm barriers installed.

Briggeman says the average freight train takes more than a mile to come to a complete stop.