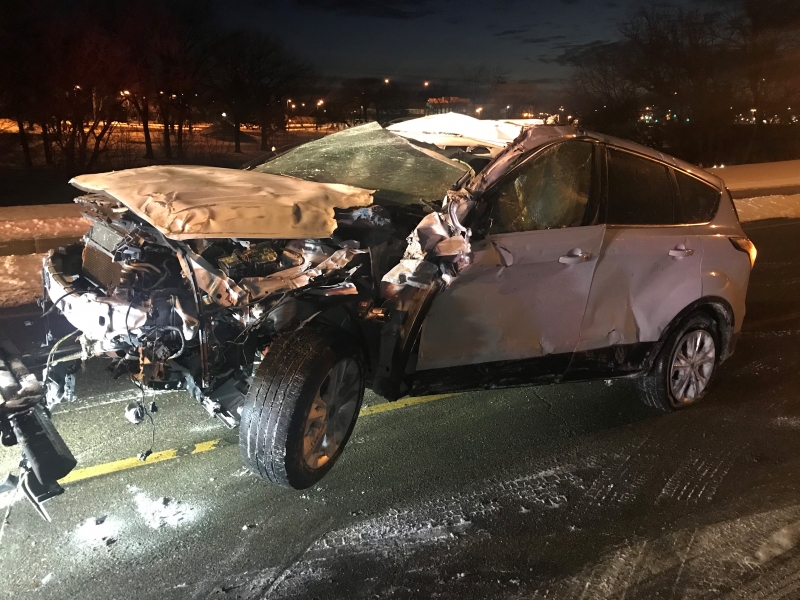 (Fargo, ND) -- Another reminder to never leave your keys inside an unlocked running car.

Thursday morning at 5:45 a.m., a vehicle, which was running and unlocked, was stolen in the 1100 block of 2nd Street North.

The suspect then continued at a high speed over the Center Ave Bridge into Fargo, left the roadway and crashed into the old Mid-America Steel Building, 205 NP Avenue.

The driver, identified as 48-year-old Dexter R. Jefferson, was ejected from the vehicle. Jefferson was transported to a local hospital with serious injuries. He faces charges of DUI and theft of motor vehicle, which will be referred to the Cass County State’s Attorney’s Office.

"The Fargo Police Department would like to remind members in the community to never leave your vehicle unlocked, running and with the keys in it. Doing so creates a preventable opportunity for those willing to commit crime," said Public Information Officer with Fargo PD Jessica Schindledecker. "The vast majority of theft of motor vehicles that occur in Fargo, are due to vehicles being left unlocked, running and with the keys in it. Many times, when a vehicle is stolen it is used in the commission of additional crimes or involved in unnecessary property damage and injury, further victimizing the community."

FPD adds that it's just good common practice to keep the car locked and remove your keys.