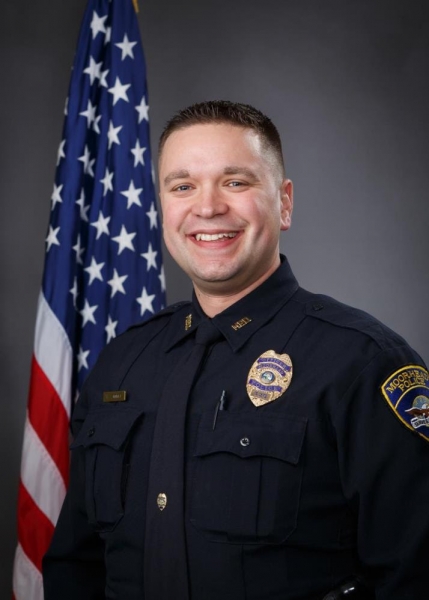 (Moorhead, MN) -- An award going to a true hero in the Moorhead Police Department.

On the afternoon of February 19th, Moorhead Officer Eric Zimmel responded to a South Moorhead apartment for a report of a female possibly not breathing and turning purple. When Officer Zimmel arrived on the scene, he found the victim was not breathing and did not have a pulse. He immediately began administering CPR, and a short time later, the victim regained a pulse and was breathing.

Members of the Moorhead Fire Department and F-M Ambulance arrived on the scene and took over care. It was later determined the female had ingested heroin before the medical issues started.

Chief Monroe noted that Zimmel had a substantial role during the call for service and took crucial steps in resuscitating the victim.