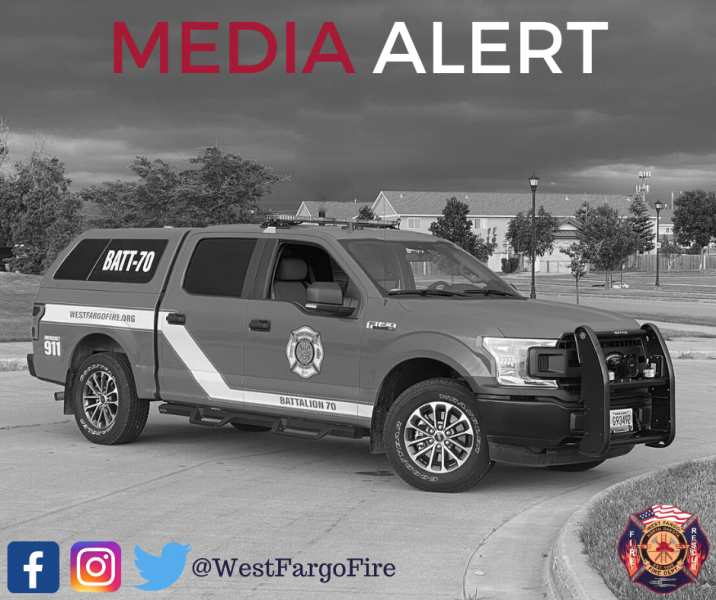 (West Fargo, ND) -- Nobody was hurt after a car fire in West Fargo Wednesday morning.

At 9:08 a.m, the West Fargo Fire Department was dispatched to a call of a vehicle on fire at 9th Street and 32nd Avenue. Upon arrival, firefighters were able to extinguish the flames quickly.

"We were fortunate that Public Works was on scene first and helped control the fire", said West Fargo Fire Captain Jason Carriveau. "They helped make sure the blaze didn't spread to the nearby parking garage."

The vehicle, however, was a total loss, and there was no damage to surrounding buildings.