Man wanted for sex crimes in Moorhead decades ago caught 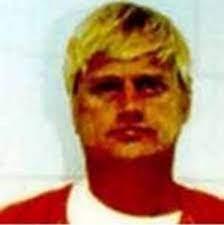 (Moorhead, MN) -- A man who was wanted by Moorhead Police for over two decades is finally behind bars.

67-year-old Curtis Lee Brovold was wanted for sex crimes involving a 14-year old girl in 2000. He fled the state prior to a court appearance.

“The FBI has two things on its side when working fugitive cases: persistence and a very long memory," said FBI Special Agent in Charge, Michael Paul.

The FBI says Brovold was arrested in Cancun, where he was living. Police say Brovold and the teen communicated for almost six months before he flew to Moorhead to have sex with her in a hotel room.

“We are pleased that justice was not denied for the victim in this case simply from Brovold fleeing out of the U.S,” said Moorhead Police Chief Shannon Monroe.

Brovold will be flown back to the U.S.to face charges.