Former President Trump set to speak on The Flag Friday 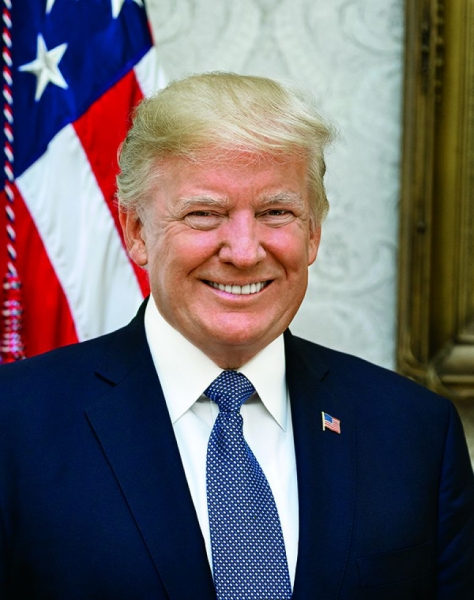 Photo by: The White House

(Fargo, ND) -- The 45th President of the United States of America, Donald J. Trump, is set to make an appearance Friday morning on a regional radio program.

Trump will appear on What’s On Your Mind, hosted by Flag Family Media’s Scott Hennen. The segment will air at 10:06 a.m. Friday on five radio stations across North Dakota – AM 1100 The Flag (Fargo), AM 1090 The Flag (Tioga), AM 550 KFYR (Bismarck) and AM 1460 KLTC (Dickinson). The show is also available on the individual station’s mobile apps and social media websites, and will be available on-demand following Friday’s program. What's On Your Mind affiliates are heard across five states in the Midwest, and two Canadian provinces.

On the show, Trump will be interviewed by Hennen and U.S. Senator Kevin Cramer as part of his weekly Talkradio Townhall call-in program.

The three will discuss:

“I knew he was gonna be good, but he's even better than that. He's just made some incredible decisions and he's tough,” Trump said of Senator Cramer.