Two under arrest after lengthy chase twists through FM Metro 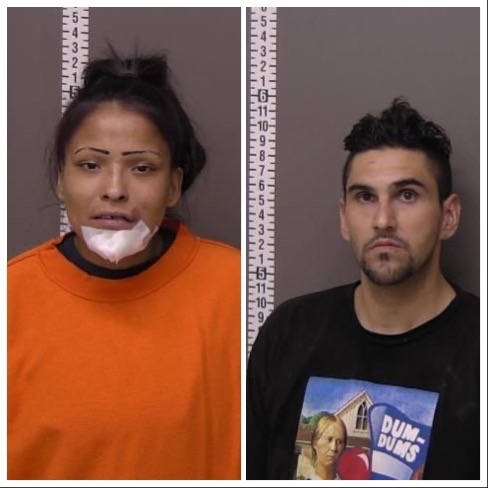 (Fargo, ND) -- Two people are in custody at the Cass County Jail after leading law enforcement across multiple jurisdictions on a wild chase late Wednesday evening.

The Fargo Police Department tells WDAY Radio that at 11:11 p.m, an officer attempted to stop a 1988 Chevy C1500 pickup which had fled from Fargo Police twice in the previous two days. The vehicle fled for a third time and was last seen heading towards Moorhead on 12th Avenue North.

The vehicle exited I-94 at South University Drive and traveled south. Fargo Police Officers were in the area and attempted to utilize another tire deflation device. It was successful and the front passenger tire of the truck deflated. The vehicle continued driving at speeds between 25 mph and 35 mph as the tire shredded; the truck was eventually driving on the rim.

A male and female fled on foot from the vehicle and were quickly detained by Fargo Police. The driver was identified as 33-year-old Phillip Murray, and was arrested for Felony Fleeing, Aggravated Reckless Endangerment and Driving under Suspension.

The female was identified as 30-year-old Amy St. John. The Moorhead native suffered minor injuries from the vehicle coming to a hard stop on the under-construction road and was provided medical attention. She was then arrested for providing False Information to Law Enforcement and an open warrant.