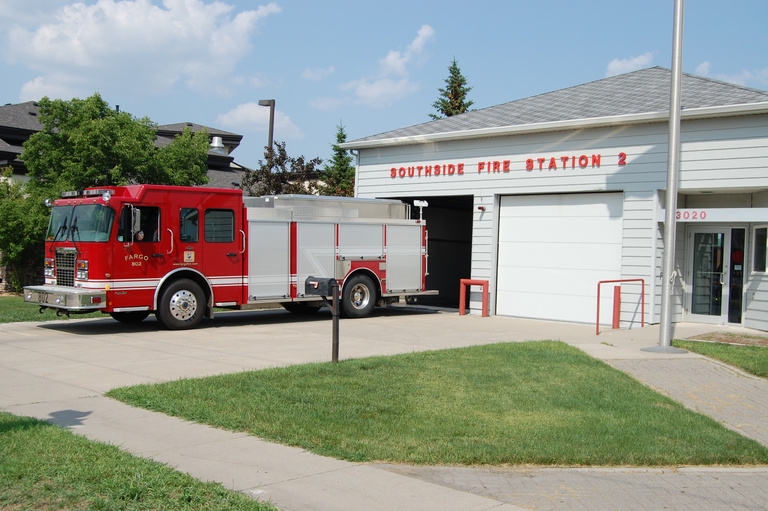 (Fargo, ND) -- Fireworks, job openings and another physical Fire Station were all on the docket for our exclusive 1-on-1 conversation with Fargo Fire Chief Steve Dirksen.

The Chief, who stopped by WDAY Midday, talked about the sheer number of responses over the July 4th holiday weekend, and even gave a thought on Fargo's current fireworks ban that is in place.

"I’m in the in the public safety business, the fire protection business and in the fire prevention business," said Chief Dirksen. "I think it’s best left for the professionals that do it in a place where it’s less dangerous. Anytime you’re throwing fire into the air and let it rain down that becomes a big concern for me in public safety." The chief says there were about five physical fire calls that were carried out during the July 4th holiday weekend, with humidity being up actually helping curtail some possible flames across the city.

As for hiring and number of staff, the Chief says for now they are in a good spot. Most of the openings are coming from current fire fighters retiring or leaving the department, and are being filled by recruits in the joint fire academies being held with West Fargo.

However, there will be a time when more staffing will be needed on a larger scale. That of course will come with the building of the new south side Fire station.

"We’ve got the funding identified for the station and for the the equipment and the truck and everything that needs to go along with that," said Dirksen. "Now through the 2023 budget process I’ve requested personnel to start later next year so that we can begin the training process for them." The Chief's hope is for work on the new station to be completed by the second quarter of 2024.

To learn more about the Fargo Fire Department, training courses and the new station, click here.