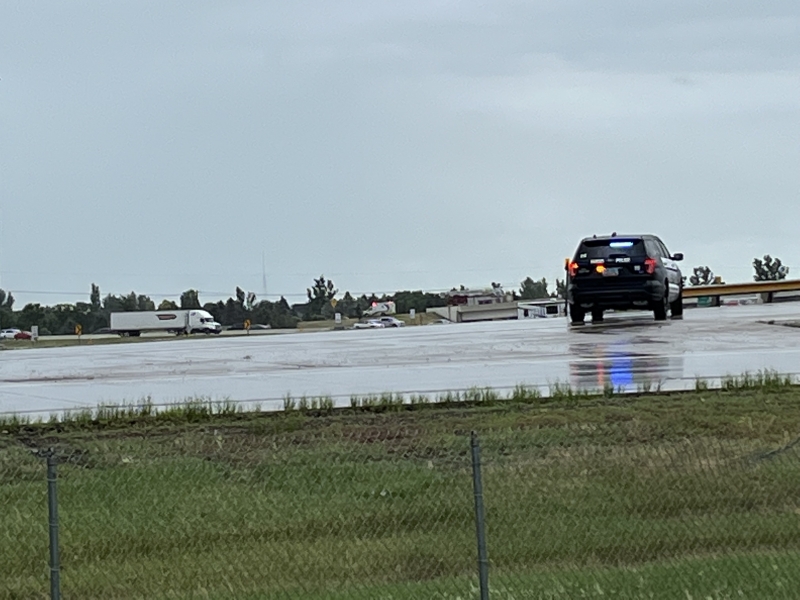 Officials say the crash happened on I-29 this afternoon. Reports say a motorcycle was rear ended by a blue pickup, that fled the scene. Troopers searched the area and located the suspect vehicle on 32nd Ave South in Fargo. North Dakota Highway Patrol officials stopped the vehicle, and say the driver "began to wave around a gun", and the vehicle fled the scene onto I-29.

Officials say the truck fled the scene, entering the eastbound on-ramp to I-94 from northbound I-29 exit, when it struck another vehicle and crashed. North Dakota Highway Patrol Officials say that is when the driver of the blue pickup exited the vehicle and began shooting at NDHP troopers. The report says the NDHP trooper returned fire at the suspect, striking them. The suspect was taken into custody.

Stick with WDAY Radio as we learn more details about the incident.

Witnesses say the crashes happened in two places within the metro. One along I-94 near the North Dakota and Minnesota Border, and the other near the eastbound interchange of I-29 and I-94.

Officials have not shared details at this time regarding the two incidents. Stick with WDAY Radio as we learn more details.