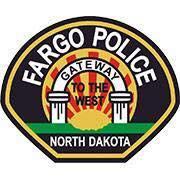 (Fargo, ND) -- A Fargo caregiver is being charged for assault involving the person they were looking after.

On August 3rd, Fargo Police officers were sent to Maple View Memory Care off 36 Ave. S., for a report of an assault of a patient by a care giver which occurred earlier that day.

Late Wednesday, officers arrested 59-year-old Rachel Cooper at her residence in Fargo for Endangering a Vulnerable Adult. Cooper had been under investigation since the incident in early August.

Thursday morning, authorities were notified the victim had died. An autopsy will be completed to determine whether or not the injuries they sustained on August 3rd contributed to their death.

Any change in charges will be determined by the State’s Attorney’s Office.