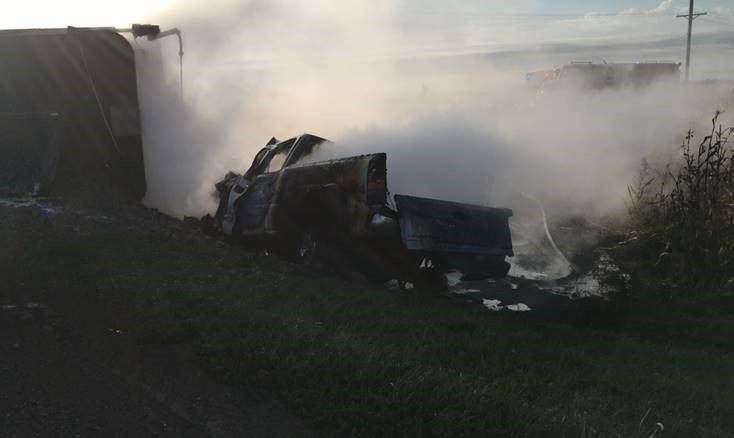 At approximately 8 a.m. Wednesday, The Cass County Sheriff’s Office, Casselton Fire and rural EMS responded to a two vehicle crash between a pickup truck and a semi-tractor trailer at an intersection approximately 2 miles northeast of Casselton.

A 15 year-old juvenile male was traveling southbound on 156th Ave SE and a 73 year-old male driver of the semi-tractor trailer was traveling west bound on 33rd St SE; ultimately colliding at the uncontrolled intersection of those two roadways, where no street signage is present.

Both vehicles caught fire as a result of the crash and are a total loss.

The drivers’ of both vehicles were transported to an metro area hospital with unknown medical conditions.

As of 12 p.m. Wednesday, no citations have been issued, and the crash investigation remains on-going by the Cass County Sheriff’s Office.