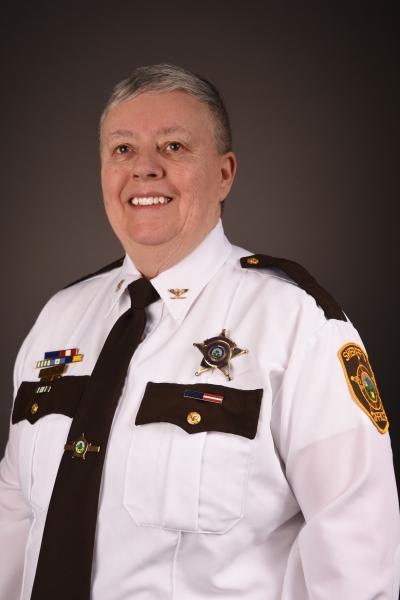 Harmon was promoted to Sergeant in May 1991 and worked in that capacity until being selected to serve on the transition team in September 2000.  As a team member, she was tasked with policy and training development.

In July 2012, Harmon was promoted to Captain and served as Division Commander of the Court Security, Inmate Transport Division and Administrative Division, including the annual budget preparation, staff requisition, quartermaster, and grant management.

Harmon was promoted to Chief Deputy in September 2017 and is tasked with overseeing each division, including the Jail, Civil Process & Warrants, Patrol, Training, Special Projects, and Investigations. Harmon continues to write and manage grants as well as the annual Cass County Sheriff’s Office budget.