Officer Eric Sorenson, we salute you! 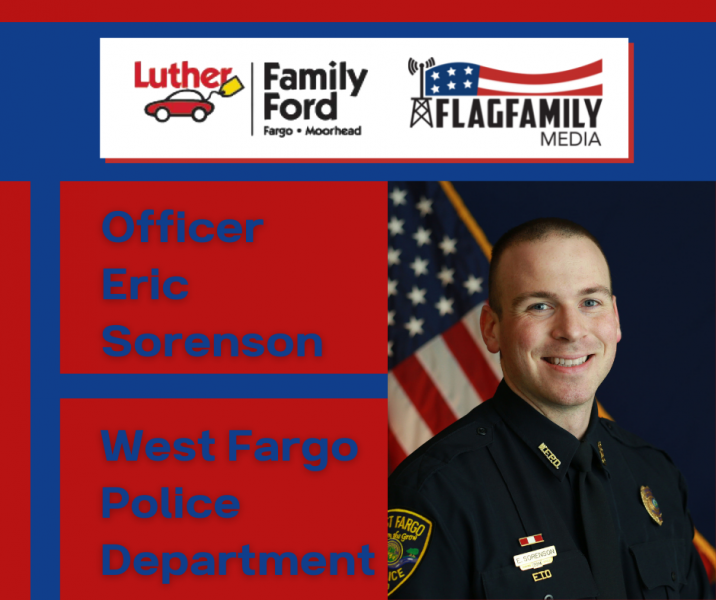 Officer Eric Sorenson is from Olivia, MN, and graduated from BOLD High School. He earned his Bachelor’s Degree in Criminal Justice from Minnesota State University Moorhead and completed the 10-week police skills program at Alexandria Technical and Community College.
Prior to being hired as a Patrol Officer for West Fargo Police Department in May 2014, he drove truck.

In addition to his patrol duties Sorenson has been a member of Bike Patrol since 2015, a Mentor since 2016, a Field Training Officer since 2017, and a Citizens Police Academy Advisor since 2018.
In 2019, he was selected as a member of the PACT team and Interdiction Team, along with being trained in Operation Lifesaver.
He added EVOC instructor to his list of additional duties in 2021.

We salute you Officer Eric Sorenson!