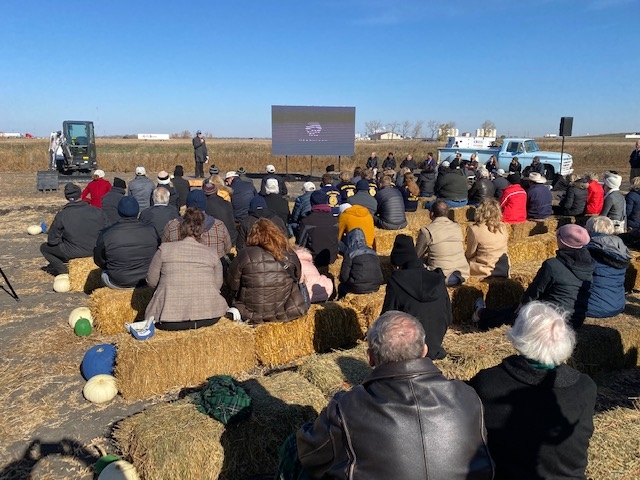 "This isn't just about Casselton or Fargo or even North Dakota. When we talk about North Dakota feeding and fueling the world, part of that, the future of that starts right here," said Burgum.

Those involved with the project say by 2025, the site just south of I-94 off the Lynchburg exit, will be operating as the "farm of the future". Funded in part by a matching grant approved by state lawmakers, Grand Farm aims to become a research and innovation facility, where the private and public sector can develop and leverage technology to improve farming productivity and efficiency.

Senator John Hoeven compared the initiative to Grand Sky at the U.S. Air Force base in Grand Forks, described as the nation's first commercial UAS business and aviation park.

"This is a newer endeavor here at Grand Farm. But I really think we want to model it after what we've done with Grand Sky, because Grand Sky is just taking off, it's unbelievable," said Hoeven.